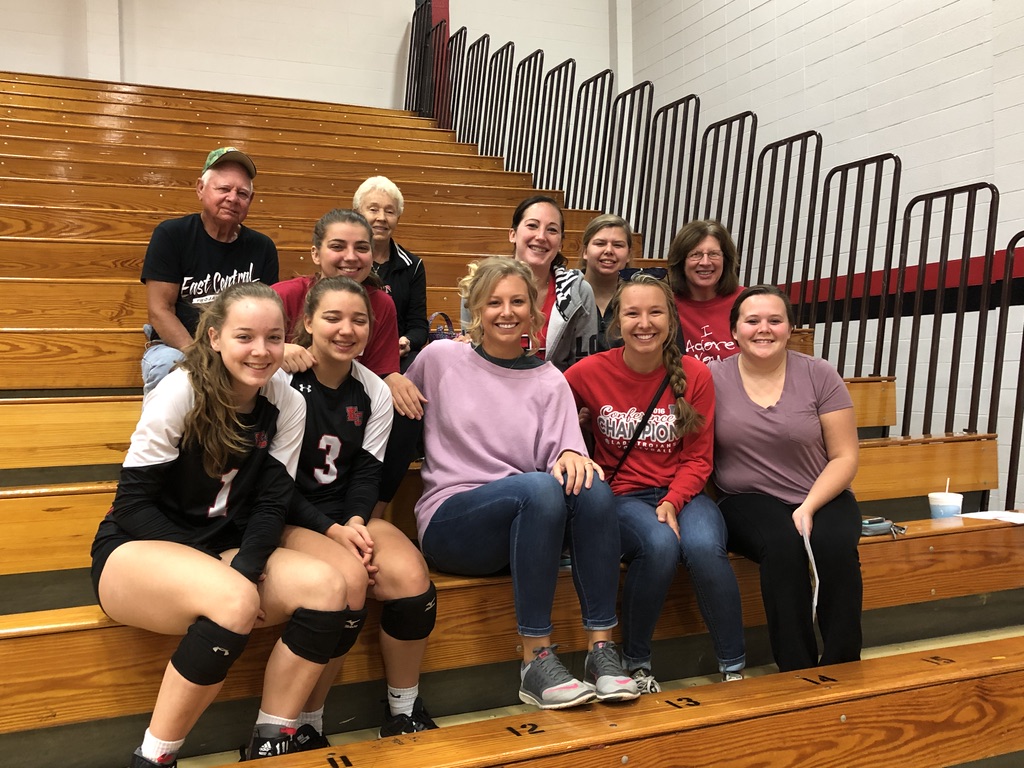 ECVB defeated Shelbyville on Saturday. We had to fight for every point. Shelbyville is a scrappy team and they never quit on the play. They are the team that if you give them a free ball, they are going to execute.

Our serving was out of the ordinary- easy and right to someone. That didn’t change much throughout the match unfortunately, but our defense stepped up to make up for it. When you serve too easy to a strong team, you have to be able to defend and we did that. Senior libero Alex Disbro picked up everything she could in the back court and our block led by our middles, senior Alicia Rosemeyer & junior Jessie Stenger, helped that defensive effort as well.

This team is fun to watch. They work hard and are finally gelling as a team. Come out and watch them in their last home match of the season on Thursday. It will be senior night and for the conference title!

We also had the honor of recognizing the Wilgenbusch family. They have helped build our program and set the standards for each team that follows. We had a handful in attendance on Saturday. The most recent Wilgenbusch to go through our program was Abby Wilgenbusch, a 2017 graduate who set the standard for our liberos for years to come. Abby currently holds the career dig record that senior Molly Gregg is chasing. Her sister, Jessica was a four year varsity player who graduated in 2013 and went on to play for four years at MSJ. Jess was an outside hitter and defensive specialist. Their cousins Nicole Wilgenbusch graduated in 2012 and Breanne Fox graduated in 2016. Nicole defended the back court as a defensive specialist and Breanne helped lead the offense primarily from the right side but would fill in wherever was needed. Their aunt Bev is here also. She graduated in 1985. Two of Breanne’s sisters are current players on the varsity team as well. Faith is a senior defensive specialist and Hope is a sophomore who plays anywhere she’s needed including hitting, setting, and passing.

We want to thank the entire family for their commitment and dedication to EC volleyball. The former players have helped set the bar and build the successful program we have continued year over year. We couldn’t have gotten here without the time and sacrifice of their parents and families either. It takes everyone to build this level of success and we appreciate everything you all have done to make that happen!

Stats can be found at: https://www.maxpreps.com/high-schools/east-central-trojans-(st-leon,in)/volleyball/stats.htm

Batesville/Franklin County
10:00 am
View All Events